How Do We Diagnose Periodontal Disease?

Since you may have periodontal disease without experiencing symptoms, we conduct a thorough visual examination of the gum tissue, take x-rays of the underlying bone, and do a thorough Periodontal Pocket Charting of each tooth.

The crevice between a tooth and the surrounding gum is called a sulcus. A healthy sulcus is two to three millimeters deep. When plaque and tartar invade a sulcus and it becomes deeper than three millimeters, it is called a pocket. Pockets are either an indication of gums that are swollen, or bone that has been lost.

We measure the depth of all pockets using a periodontal probe, a very narrow instrument that has markings like a ruler. The measurement is from the bottom of the pocket, where the gum is attached to the tooth, to the top of the gum margin. The depth of the pockets are now recorded in a chart and used to establish the current status of periodontal health. Future pocket chartings are used as a comparison to determine if changes are taking place. Pocket probing and periodontal charting are essential parts of a thorough periodontal examination, and are performed in our office on an annual basis, or more often when indicated.

We also examine the color, shape, and overall condition of the gums. Bleeding is a sign of infection. Healthy gums don't bleed! Healthy gums are firm and lightly stippled. In moderate cases of periodontal disease, we see swollen gums. In more advanced stages the gums become tougher or fibrotic. Swollen or bleeding gums are always a sign of disease, but as the disease progresses, the gums may not bleed, so don't be fooled.

In short, we look for the following signs to diagnose periodontal disease: 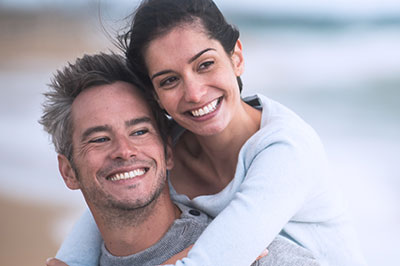